Back to the Valencia midfield, and powerful ball-winner Geoffrey Kondogbia has brought a much-needed element of aggression to the team.

He’s not a pure holder, instead having the licence to roam around and break up play wherever he can, while Dani Parejo is afforded the space to play and dictate Los Che’s game. Kondogbia, though, is the lynchpin helping the team excel in all areas of the pitch.

Great stamina, a fearlessness in the tackle and no shortage of clever driving runs into space make him a superb summer addition for Valencia.

Barcelona’s midfield has been undergoing an evolution this season, with Valverde switching personnel as well as shape around, but Ivan Rakitic remains a man in form, performing a good job whenever called upon.

Most frequently, it has been as one of two in the centre of the park, but in-game switches and a few games back to 4-3-3 mean he can still function as a No. 8 as well; linking play through the middle, running from deep to attack the area and freeing those playing in-from-out in the channels have been Rakitic’s staples for years, and nothing has changed this term.

Maybe not at his best just yet, but still impressive, consistent and reliable.

Real Betis have had a difficult year or two, but this summer they got the big decisions spot-on, including recruitment.

Andres Guardado came in to add experience and guile in the centre of the park, and he has been the key performer as the Andalusians have begun in impressive fashion, eighth in La Liga and an exciting side to watch.

Mexican midfielder Guardado has racked up six assists in his seven games, set pieces providing a threat as well as his clever passing in open play, and his willingness to dart into the channel, whip over a ball and back up the forwards fearlessly means he’s contributing in both halves of the pitch.

Per WhoScored, nobody in Spain’s top flight has more assists than Guardado so far this term and he ranks second for key passes per game overall.

Another star performer for Atletico, Koke continues to do his work regardless of system, team-mates or opponent.

He’s a consistent performer, diligent and hardworking off the ball and inventive on it, perhaps not quite to the level of one of the finest No. 8s around Europe in that sense (even though he plays from the sides of midfield with frequency) but still one of the most well-rounded midfielders nonetheless.

Atletico Madrid are a much better side with Koke in the team, and his form has been rewarded with a pretty much permanent spot in the Spanish national team as a result.

Real Sociedad have lost their way and form a little over the last month or so, dropping to ninth place in the table, but there’s still much to admire about the team.

While Illarra covers the defensive work with aplomb, Mikel Oyarzabal has been the biggest outlet for the team and the main attacking threat, netting five times in just seven games so far. Considering he netted just twice in La Liga last season—both in the final month of the campaign—it’s easy to see where the big improvement in his game has come.

Playing down the left and attacking the centre, Oyarzabal has the pace, drive and aggression in his play to trouble any defence and is in great form early on this term.

Another young attacker making his mark this season, Angel Correa is establishing himself as a key starter for Atleti after more than a year earning the super-sub tag.

The Argentinian is starting more often for one simple reason: he’s now affecting games from the first whistle, not just once defenders are tiring and spaces begin to open up. For some time that was Correa’s big sell-point, but he’s maturing and improving.

Four goals make him Atleti’s top scorer in La Liga so far, and he’s making a strong claim for his place in the team ahead of the January arrival of Diego Costa.

Two in midfield, three in midfield; it doesn’t matter, Sergio Busquets will be there, reliable and strong as ever.

The controlling midfielder has already partnered several different players for Barca this term, but he has played in every single game himself—even scoring once, a rarity, but serving as a reminder of his aerial prowess when called upon.

Busquets is still protecting the Barcelona defence in his usual way, and remains a critical part of the team’s build-up play, passing between the lines and exploiting space from deep.

Another of Valencia’s big success stories from the season.

Rodrigo Moreno has been Marcelino’s preferred option as the second striker in Los Che’s 4-4-2, dropping deep to link play between the lines, dovetailing with the wider midfielders who cut in to attack, and supporting the central striker.

He fills each role well in turn, and the confidence which being on the pitch has generated has yielded a much-improved goal return: six in his 10 games, including a goal in each of five successive matches recently. It has taken a long time to make good on his undoubted promise, but finally, Rodrigo seems to have found a manager and a system which suits him.

An immense performer for Atletico so far, here we pretty much draw a line between the players who have been good this term, and those performing at the elite level week in, week out.

Saul is one of those, and shows no signs of slowing down.

He’s everywhere as a central midfielder—tackling back in front of the defence, leading counter-attacks, overlapping in the channels and annoying every opponent he comes across.

If Koke makes Atletico a better side, Saul makes them a great one, and so difficult to beat.

Barcelona’s standout centre-back once again this term, so far at least.

Samuel Umtiti had a fantastic debut campaign in 16/17 and doesn’t look like slowing down that progress, a defender of increasingly impressive displays at the heart of the back line and rarely bested by forwards of any kind.

Barcelona have conceded only three times in their opening 10 matches of the season, and with Umtiti in the team, it’s only two conceded in eight.

Fast in the recovery challenge, aerially dominant, happy to step out of the back line to intercept play and more than capable of springing forward into the midfield line, he does everything with ease and excellence.

Barca’s back line is the best in terms of goals conceded, but Atletico are second with just six allowed. Much of that is thanks to Jan Oblak.

The Slovenian has been imperious, producing a string of improbable saves across the season so far, and it doesn’t seem to matter to him whether Atleti dominate and he’s called upon out of the blue, or if his team are under sustained pressure and he has to deal with multiple threats.

Oblak stops it all, claiming crosses, making reflex saves and dominating his area. One of the world’s very, very best.

Back to Valencia and the big success story in the early Pichichi standings is striker Simone Zaza.

The Italian has nine goals already, a full third of Los Che’s league strikes, with eight of them coming in the last six games.

He’s lightning to get a shot away on the turn, is aggressive and strong in the box, holds up play well and can powerfully rattle in an effort with either foot.

Right now the confidence is so apparent in Zaza’s game—in every Valencia player, in fact—that he just looks dangerous with his movement even before the ball is played in toward him. How long he can keep it up might dictate how far Valencia go this season.

If Zaza is the surprise striker, Goncalo Guedes is another nod to a tremendous summer in the transfer market.

Signed on loan from PSG, Guedes is the relentless, explosive yin to Soler’s creative, scurrying yang, cutting in off the left of the midfield four and either dribbling direct toward goal or linking play and attacking the box.

He is also possessed of a dynamite shot, as several goalkeepers in La Liga can already attest to.

Guedes has three goals and five assists already this season, a tremendous haul as a new player in a new league, and he’s a perfect example of the revitalised side that Valencia have become in 17/18.

Our top-rated goalkeeper for the season so far is Marc-Andre ter Stegen, already a top name in European football before this campaign but now showing he has the consistency and ability to be regarded right up there with Oblak, David De Gea, Gigi Buffon and compatriot Manuel Neuer.

There’s nothing he can’t do, a technically superb presence between the sticks who is equally difficult to beat one-on-one or with a shot from close range—his instincts, reactions and reach are all marvellous.

Ter Stegen has saved Barca more than once when games have been close—see a save from Aritz Aduriz at 0-0 at the weekend—and his own professionalism and ever-higher standards mean he still shows the same relentless streak when his side are clear in front.

Unsurprisingly, top-ranked is Leo Messi, the league’s top scorer and Barca’s top player by some distance.

A full 12 goals in the first 10 games—one every 75 minutes on average—put him clear in the Pichichi stakes, but he’s also third in key passes per game and top, by miles, on dribbles per game. Stats don’t give a full picture but it’s pretty indicative just how involved he is in Barcelona’s play, even for those who haven’t seen much of Messi this season. 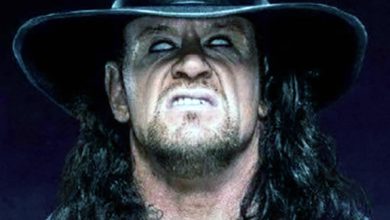